ATLANTA — An Atlanta bar with decades of history – in a building continuously owned by the same family for many more – is getting the boot as the historic building goes up for sale. Smith’s Olde Bar sits at the apex of Piedmont and Monroe in building familiar to locals for 90 years. But now, the future of the bar – and the building – is unknown.

“It could be residential, it could be office – it’s a very cool old building,” Tim Holdroyd of City Realty Advisors said. He’s in charge of the sale of the building. “This building was built before Morningside was in the city of Atlanta,” he said. And there’s already plenty of suitors for this old charming building. “There is so much interest in the property that we decided to have a call for offers. Everybody can offer in the same format at the same time.” And that call for action takes place August 27. So what does that mean for the Smith’s Olde Bar which has been at the location since 1993?

They have filed suit against the trust after receiving a 60 day notice to vacate. Bar ownership e-mailed 11Alive Wednesday night with no comment because of litigation. Conceivably, they could cut a deal with the new owner.

The property’s current owner – Beverly Anne Taylor – died in March at the age of 97. She danced with Clark Gable at the Gone with the Wind Ball in 1939, was Georgia’s first female jury foreman and grew up in a house where the ‘Disco Kroger’ now sits. Her father helped create modern Atlanta: Albert Bailey built many of the homes in Morningside and, in 1925, purchased land and built Atlanta’s first shopping center.

He was also a Mason and needed a place for his Mason buddies to meet – thus the hall up to with the insignia. “That’s right, my grandfather built the upstairs to be the Masonic Lodge and charged them $25 a month,” Ray Taylor, Beverly Anne’s son, said. Every brick reminds him of his mother. “We honored that commitment into the 50s and 60s and at some point my mother was riding down Piedmont Road and she saw a sign that said new Masonic Lodge: Multi-million Dollar Facility,” he said. “She called them and said, ‘You had your last $25 meeting,’ and they were gone. Many have up and gone in 90 years – Piggly Wiggly, Rodes Bakery and now the antique store of Judy Holloway. “I just hope whatever comes next is as successful as we have been,” she said. 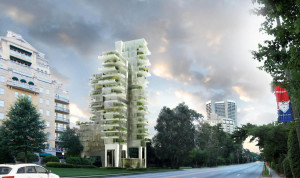 West Peachtree is about to explode

The Atlanta Business Chronicle did a nice job of summarizing many of the development proposals in play right now on West Peachtree Street: Greystar is trying to develop a couple of high rise apartment buildings, The Related Group hopes to bring in a WholeFoods (I’m excited for yet another fantastic lunch option in Midtown), and Novare is throwing up another SkyHouse. We are particularly excited to see the development on the site of the Arthritis Foundation building since we were involved in the sale to MetLife who plans to develop 60,000 SF of retail and ~400 residential units.