Utilities, grading, and the construction of the parking deck are listed as the future improvements slated to begin in March. Developer Sterling Interest LLC, with application assistance by Josh Reynolds of Kimley-Horn, is moving forward in developing a 1.25-acre site in West Midtown according to civil construction drawings and land disturbance permit application documents filed with the City last month.

In April, as reported by What Now Atlanta, the Chicago-based company will redevelop the property at 1050 Marietta Street NW from a single-story, partially occupied 30,000 square foot building into a mixed-use project located at the southeast intersection of West Marietta, Marietta, and 8thStreets.

According to plans submitted to the City, the project would hold seventeen stories, 202,909 square feet of office space, and 18,873 square feet of ground-floor commercial or retail.

The first phase of the development includes the site preparation, which consists of constructing a 570-space parking deck with one level of below-grade parking, stormwater conveyance through an on-site cistern/rainwater reuse, and all related utility work. According to documents submitted by the applicant, the estimated site work value is $1,600,000.

The Chicago-based company obtained rezoning approvals from the City in 2021 on the properties located at 1026, 1050, and 1060 Marietta St. NW to MRC-3 (Marietta Street Artery Overlay) to move forward with the construction of a multi-story mixed-use building.

The submitted plans anticipate the demolition of existing buildings, clearing, and site grading will begin in March 2022. Building construction is expected to start mid-Summer 2022. 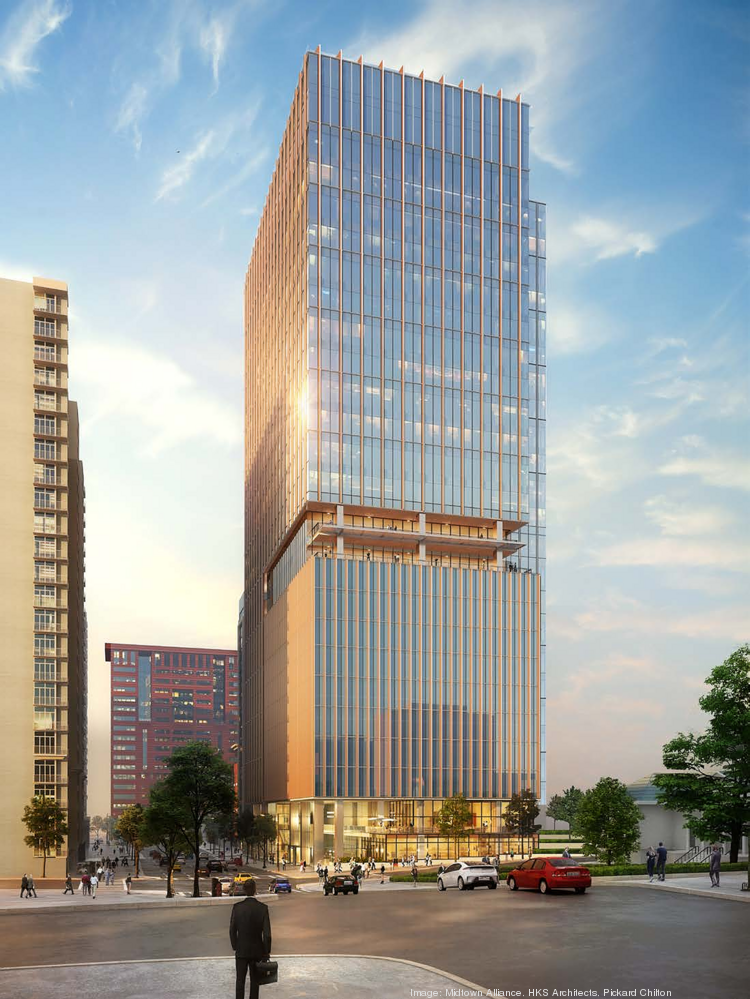 Atlanta’s largest office landlord has acquired a half-acre just blocks from Tech Square, adding another property for its mixed-use project along West Peachtree.

Cousins Properties Inc. paid $6.9 million for the site along 7th Street, according to Fulton County property deeds. Cousins has adjusted its original plans for its 887 West Peachtree project from a single 26-story office tower to include apartments, a restaurant and additional greenspace in a second phase of construction. The new site on 7th Street provides more room for the amenities.

For the last two years, Cousins has slowly assembled sites for the project along 7th and West Peachtree. In September, it paid about $3 million for a .15-acre site adjacent to the Ecco building, where a 12-unit apartment building from 1929 still sits. In April of 2020, the company closed on three commercial lots for a combined $6.4 million.

The most recent iteration of site plans presented in December to the Midtown Development Review Committee showed a 26-story tower with 400,000 square feet of office space build over street-level retail.

Previous proposals called for around 31 stories, an additional 100,000 square feet of office more dramatic architecture that resembled a razorblade on the skyline, but Cousins altered the plans to “cater to what we’re hearing from the market,” said Executive Vice President Kennedy Hicks.

“You’re seeing the Midtown market continue to grow and evolve,” Hicks said. “This location as part of Tech Square is interesting, and the more projects that get announced there, the more exciting this particular location is going to be.”

The project is joining an area with several recently developed office towers, including:

Cousins expects to begin construction on the first phase of 887 West Peachtree this summer, Hicks said. Phase II will follow. The company has recently added active listings for the site on real estate inventory database CoStar.