The putative class action claims that property owners along a 3-mile stretch of the Beltline should have been compensated when Norfolk Southern signed over its easements to the Beltline and Atlanta Development Authority. 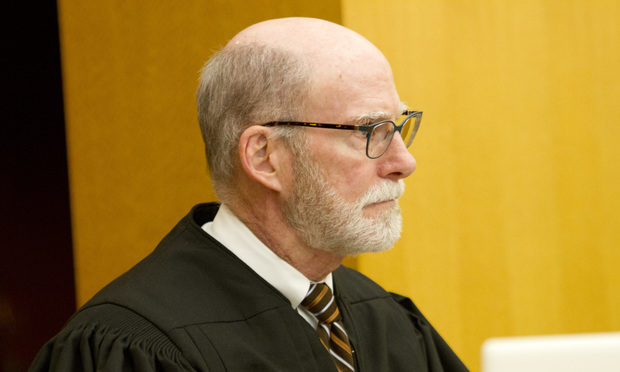 A Fulton County, Georgia, judge has denied class certification in a lawsuit claiming property owners along a stretch of the Atlanta Beltline should have been compensated for the use of their property when Norfolk Southern deeded portions of its right of way to the Atlanta city government and its development arm to create the project.

The putative class action claimed that owners of residential and commercial properties along parts of the eastside and northeast section of the trail in the area around Monroe Drive and 10th Street should have been entitled to “reversionary property rights” once the railroad signed away its easements to the Atlanta Development Authority and Atlanta BeltLine Inc. in 2007.

The 2017 complaint, originally filed on behalf of the Ansley Walk Condominium Association, said the use of the property for the Beltiine’s pathway and parks constituted an illegal taking and includes claims for trespass and inverse condemnation.

In a recent order, Superior Court Judge Henry Newkirk refused to certify the proposed class, which would have included “those fee landowners who owned parcels of property along the Subject Property on the date [Norfolk Southern] abandoned its railroad purpose easement.”

The order Newkirk signed said the proposed class consisted of 76 property owners and relied on 13 original property deeds, some dating to the 1800s, including two that have still not been found and might never surface.

The assortment of titles and agreements related to the various properties and the means for calculating the affected properties would “require an individualized analysis for each putative class member,” Newkirk’s order said.

“Not only have Plaintiffs not shown how this could be accomplished on a class-wide basis, they have not even presented the deeds that allegedly establish the chain of title for the putative class members,” the order said.

Of the four named plaintiffs who joined the case, one subsequently dropped out, it said, describing the Beltline as “the best thing that ever happened to that area of Atlanta, to my property, to people who live in the neighborhood.”

Morris Manning & Martin partner Robert Alpert, who represents the Beltline and Invest Atlanta, the ADA’s development arm, said the issues raised by the lawsuit are not appropriate for class litigation.

“The argument is that, when this real estate was originally deeded to the railroad, it was in the form of an easement, not fee simple [i.e., not permanent ownership], and that when the Beltline acquired it, ownership should have reverted back to the original owners or their successors,” he said.

“That issue has not been resolved; the first issue was class certification,” said Alpert, whose co-counsel includes firm partner Jeffrey Douglass and associate Doug Hance. The city of Atlanta is represented by Dentons partners Jeffrey Zachman and Nathan Garroway and associate Sarah Phillips.

“Jeff and I have been litigating class actions for 20 years,” said Alpert. “We think the individual issues predominating in this case and applicable law make it inappropriate for class certification.”

In an interview, Jacobson said the ruling presented a couple of important issues.

“First, even if the trial court’s class denial stands, that doesn’t resolve the larger constitutional question: Should the city and Atlanta Development Authority and Beltline be required to compensate property owners for taking their property?” Jacobson said.

“Second, even if the case is no longer pursued as a class action, it just means that each property owner will have to either join the current lawsuit or file an individual lawsuit,” he said. “That was the reason we decided to pursue it as a class action.”

“We think its an important ruling by the trial court, and we’d like to give the higher courts a chance to weigh in,” Jacobson said.

According to court filings, the roughly 3-mile section of the Beltline in question is near Ansley Park and runs south through Inman Park.

In 2007, Norfolk Southern transferred its interest in the property to the ADA, retaining an easement for its freight and passenger trains.

Afterward, the ADA and Atlanta BeltLine Inc. signed at least 60 agreements with owners of adjacent properties.

“These agreements include boundary line agreements, license agreements, access agreements, limited warranty deeds, and a variety of easement agreements, including easements granted by certain of the putative class members to ADA and ABI and vice versa,” said Newkirk’s order, which was prepared by the defense counsel.

The complaint accused the city of using Invest Atlanta and BeltLine Inc. “in an effort to defeat justice and avoid a statutory obligation, that is, the avoidance of its Constitutional obligations to pay just compensation for taking property.”

Newkirk’s April 24 order denying class certification said that, while the plaintiffs have not specified the amount of damages they’re due, “in discovery they averred that they are seeking essentially ‘the market value of the land [they] lost plus any damages to [their] remaining property that is next to the BeltLine.’”

The order said that each of the agreements involving the property would have to be examined “to determine, among other things, whether property rights were conveyed between the parties and whether the putative class members agreed to contractual provisions that bar their claims for inverse condemnation or trespass.”

And, it said, “it appears that numerous individual putative class members have in fact authorized Defendants to use the Property as the Atlanta BeltLine transportation corridor.”

“Considering all of the individualized issues concerning the putative class members’ claims, Plaintiffs have not carried their burden of showing that the predominance and superiority requirements of [Georgia’s class action statute] are satisfied in this case,” Newkirk’s order said.

“The one thing our client believes and feels strongly about is that the Beltline has not engaged in any improper activity,” said Alpert. “Just because it may be funded by partly private and partly public sources, they shouldn’t be a target for litigation, and the Beltline is going to defend itself against any claims it does not agree with.”