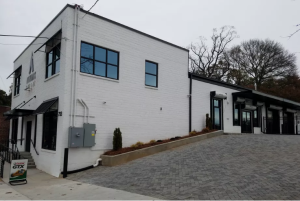 How the renovated structure meets a busy section of Monroe Drive. Photos courtesy of Autohaus Social

Thanks to the recent rehab of an ailing 1950s building in a highly trafficked location, intown automobile enthusiasts near Piedmont Park no longer need to head OTP or visit corporate dealerships when it’s time to service European cars.

Or when it’s time to socialize.

At Autohaus Social, located on Monroe Drive near the intersection of Boulevard, just south of the park, owners of European cars—think Porsche, Volkswagen, Audi, Land Rover, Mercedes-Benz, BMW, and Mini—can now take their cars in for regular maintenance, diagnostics and repair, alignment, and other automotive services.

An auto shop in such a walkable location may seem unusual to urbanists, but owner Nash Tehrani calls it the perfect spot.

“Two main reasons I chose this location, as opposed to the conventional areas for an automotive shop, were that I wanted to invest in the neighborhood I grew up in, and, also, I wanted to provide a necessity to the intown families,” Tehrani said in an interview with Curbed Atlanta.

Built in 1952, the building originally served as an automotive brake and transmission repair shop, but more recently was known as The Step Up Society thrift store.

However, at the time Tehrani purchased the property, it was vacant and sorely neglected.

“The building was literally about to collapse on itself,” Tehrani said. “A lot was invested into the structural support of the building.”

That included installing a metal frame throughout the interior, as well as nine sets of helical piers and nine sets of vertical pylons. In addition, the damaged asphalt on the lot was replaced with permeable stone pavers, which help reduce water runoff and minimize stormwater issues.

Tehrani enlisted the services of architect Sarah Butler of Praxis3 to create the design and Lichty Commercial Construction to turn it into reality. Today, the facility includes 4,000 square feet of garage space, a reception area, a downstairs lounge, and an upstairs game room.

Yes, a game room. “The footprint of the building worked perfectly for what I had envisioned,” Tehrani said. “A portion of the building is used for social events and entertainment. The other portion is used as support space to provide service, repair, and performance upgrades for European automobiles.”

It took two years and approximately $2 million to complete the renovation. Open since September, Tehrani said he’s receiving positive feedback from both locals and customers.

“People who knew what was here before have come in just to thank me for the renovation,” he said. “People who have used our services expressed their gratitude that they have a dealership alternative, and it’s located so close to their homes.” 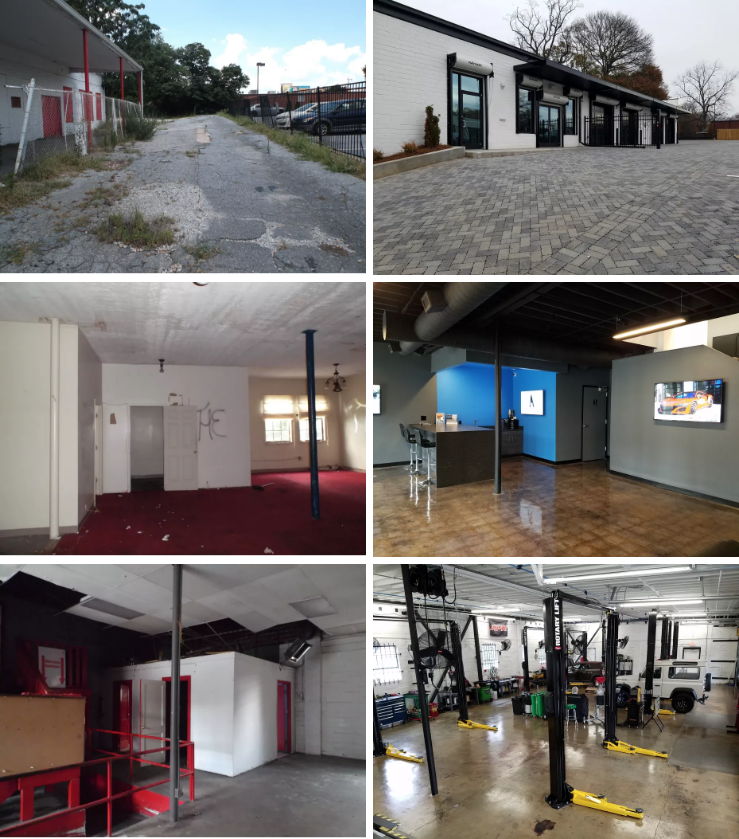 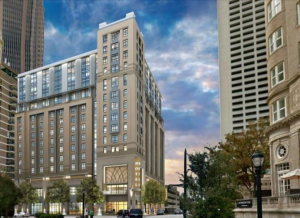 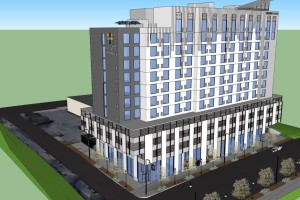 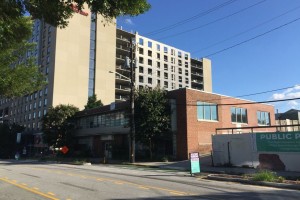 The explosion of hotel options around the Georgia Aquarium continues.

A joint venture between Atlanta-based developer Songy Highroads and Hyatt Hotels has completed demolition phases and is now angling to go vertical a dozen stories over Luckie Street with downtown’s latest lodge. At the corner of Luckie and Latimer streets, facing the Georgia Aquarium, developers have filed a permit application to begin construction on the first components of Hyatt Place Centennial Park, reports What Now Atlanta.

In announcing the hotel in November, the partnership touted proximity to the “city’s best galleries, restaurants, and attractions,” most notably Centennial Olympic Park and its ongoing, $17-million expansion. A two-story midcentury building, which most recently served as a school, had occupied the .76-acre site but was demolished. The hotel’s footprint also includes a former parking lot.

Plans call for Hyatt Place Centennial Park to offer 174 rooms, a pool, parking deck, fitness center, lobby bar with food service, and about 2,500 square feet of meeting space. It won’t be the only new lodging option in the immediate neighborhood. A Hyatt House was built a block away a few years ago, and on the other side of the aquarium, construction recently finished on a Springhill Suites.

But news hasn’t been all rosy for hospitality ventures in the district.  Two years ago, a large dual-branded Hilton property was slated for a site a block from the proposed Hyatt Place (facing STATS restaurant) but was ultimately put on hold. 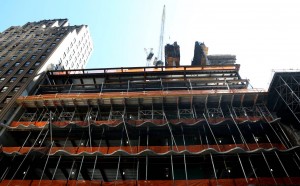